The ironic thing about rare earths is they’re not actually that rare.

Not, at least, in terms of their abundance in the earth’s crust in general.

However, the key dynamic in the rare earths market right now isn’t how much there is overall, but instead where these 15 elements are based.

And the salient fact is, China currently dominate the rare earths market in a way that’s virtually unique.

Rough estimates suggest that the nation controls between 55% and 70% of the world’s rare earth supply in terms of production, and that is has an even tighter grip on processing capability.

So, if you’re in the market for rare earths right now, then China has got to be a huge factor.

However, this of course presents a significant problem to Western governments, for many of whom establishing and/or solidifying domestic commodity supply chains is currently a major priority.

Indeed, China-Western relations have undeniably been turbulent in recent years, and in the wars of words and tariffs that have flown between various trading blocs, rare earths often get a mention.

The obvious question, then, is whether China would ever restrict the supply of rare earths into the West?

It hasn’t done so yet.

But it certainly has threatened to do so. And that’s been enough not only to give prices a significant floor, but also to sound alarm bells in the various European and American government departments tasked with keeping the international economy going.

Because rare earths are absolutely crucial in high tech manufacturing. 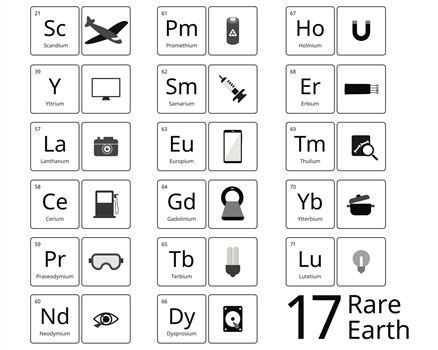 Rare earths, in short, form a commodity group that is essential to any forward-looking modern economy.

And to many policy-makers, diversifying the source of these metals beyond China is becoming essential to mitigating supply chain risk.

That’s why rare earth projects around the world are increasingly gaining the interest and support of local governments.

Security of supply has re-emerged as a major factor in strategic economic analysis for the first time in several decades, and companies that hold rare earths projects are increasingly likely to find favour with regulators and governments alike.

What’s more, investors are waking up to their potential too.

Still, rare earths remain difficult commodities to focus on, precisely because China’s control over the price remains so strong.

And that’s why companies like Kavango hold rare earth projects in conjunction with other major assets.

Indeed, when pricing is weak, rare earths projects can take a back seat. But when, as is increasingly likely, supply gets constrained, companies with projects already on the go can accelerate them for rapid development.

In this regard, the Ditau project we operate and own along Power Metal Resources in Botswana is a perfect example.

Ditau was first identified as prospective in the 1970s, and is now the subject of renewed attention under our joint venture. 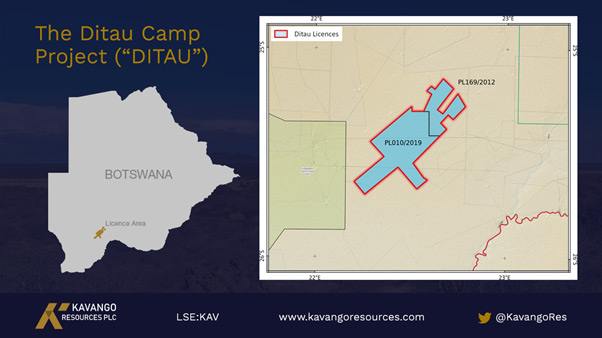 Our previous exploration has identified seven drill targets, each of which includes a possible carbonatite intrusive body lying within range of reverse circulation drilling.

All the targets are at a depth of 300 metres or less, and one, ‘Target I1’ is a large, intense magnetic dipole which spans 17 kilometres by eight kilometres and lies at a shallow depth just under the Kalahari sands.

As we’ve highlighted in recent announcements, there’s also the potential that Ditau is prospective for other base metals too–not to mention the fact that it’s long been known that niobium occurs on the ground.

So, there’s a lot to play for here, and in Botswana, a country well-known as a safe mining jurisdiction, Ditau is very much a key part of our portfolio as we gear up for drilling.